brochure published in 1935 to celebrate the introduction of the first beer can...very rare item 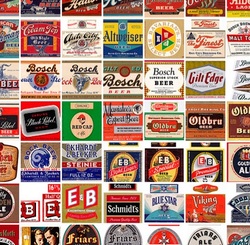 We have hundreds of beer bottle labels in stock.  Most from Canadian breweries dating from the 1950's up to the present day.  We also have some American, British and European labels available.....Contact us with what you are looking for.... 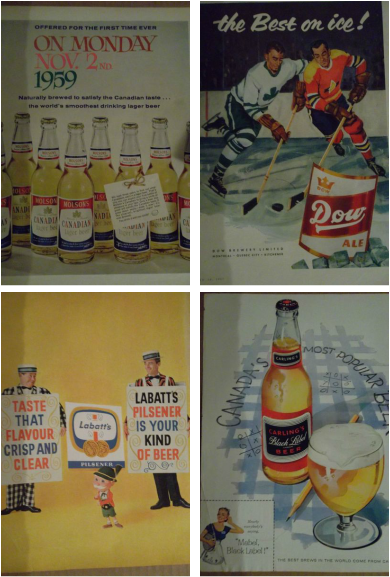 We have hundreds of beer ads from various magazines available from the 1910's thru to the 1970's….Molson, Labatt’s, Bradings, Carlings, O’Keefe, Ballantine, Dow,
Pabst, Schlitz, Strohs, Budweiser, and many more... Contact us with what you're looking for.....ads starting at $2 to $5 each depending on the year....will sell  for cheaper price per ad if someone buys in quantity...willing to sell
entire lot if someone is interested... 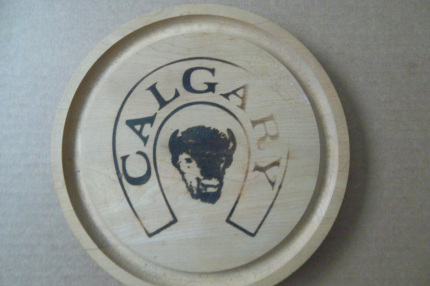 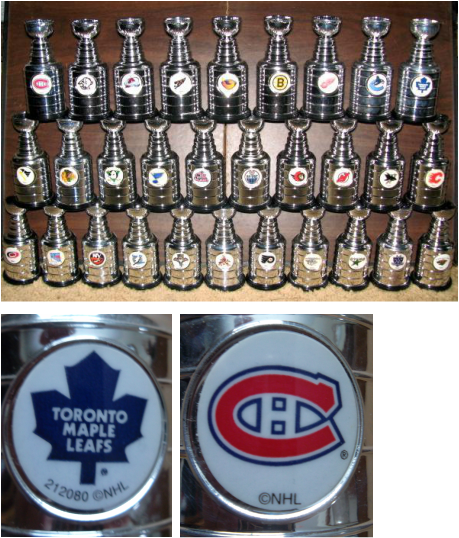 NOTE: These teams We have the 1999 sticker (six digit number and NHL) (see Toronto logo for an example)...Calgary, Dallas, New Jersey, Philadelphia 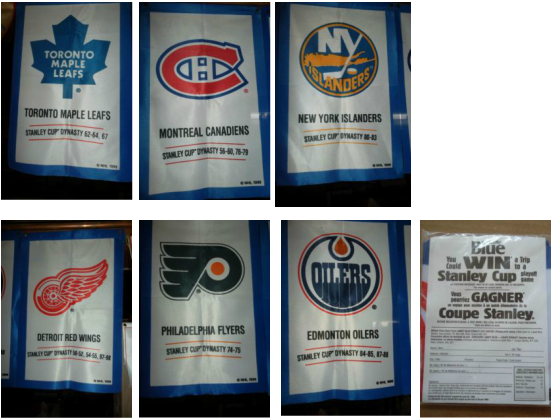 ​in 1999, these banners were available in cases of Labatt Blue beer
...there are six teams in the set ..Montreal Canadiens, Detroit Red Wings, Toronto Maple Leafs, Edmonton Oilers, New York Islanders, and Philadelphia Flyers
​ ....banners are approximately  17" x 11"
......we have one full set of all 6 banners available for $70
​...have individual banners for Montreal, Detroit, Edmonton,and NY Islanders for $15 each 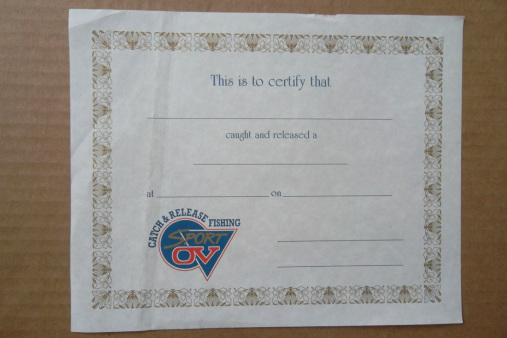 hard to find set of 6 Molson Export coasters made for the opening of the Molson Centre (Bell Centre) in 1996...cork back...$40 for the set of six 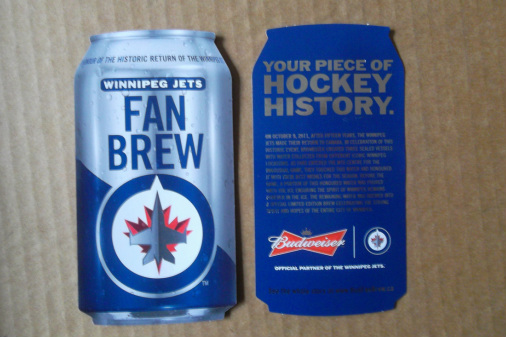 promotion card issued for the sale of "Winnipeg Jets Fan Brew" beer by Budweiser to commemorate the return of the Winnipeg Jets to the NHL for the 2011/12 season
....approximately 5 3/4" x 3" 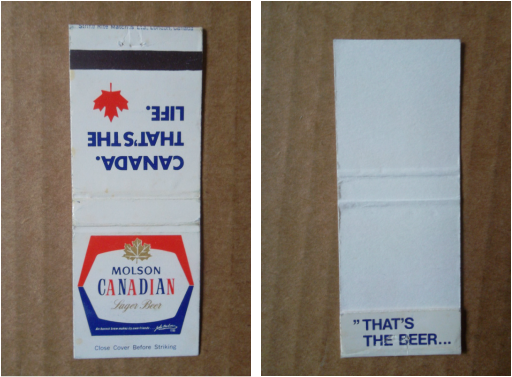 matches have been removed